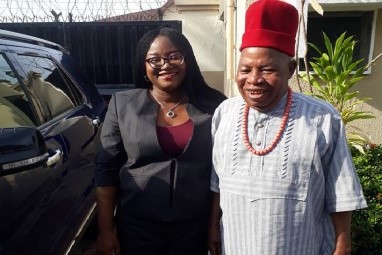 A former Permanent Secretary in the old Anambra State and later a Professor of Economics at Nnamdi Azikiwe University (UNIZIK), Awka, Prof. Onyemelukwe was said to have been killed on Thursday night, February 24, 2022 in Oko, Orumba South Local Government Area, where they reportedly blocked vehicles coming from Umunze, Ufuma, into Oko.

Breaking the sad news of Prof. Onyemelukwe’s murder, a social media user, who simply goes by the name Onyi, said in a post: “South East is indeed going down. Just lost my Godfather to the hands of the marauding killers devastating the Southeast environment.

“An 88 year old man, first class brain, Prof I.O. Onyemelukwe. He was the former permanent secretary in the old Anambra State. Later a Professor of Economics at UNIZIK.

“He studied Economics with OAU scholarship at Adis Ababa, Ethiopia at the age of 22. He is the father of Dr Cheluchi Onyemelukwe that won LNG $100,000 literature prize last year.”

On the circumstances surrounding the death of the veteran technocrat, Onyii wrote: “He was returning to Nanka from Enugu with his wife and decided to follow Oji, Ufuma, Amaokpala, Oko axis instead going through Awka when he was attacked by the hoodlums. He is the cousin of the former Bishop on the Niger, Bishop J.A. Onyemelukwe.

“May his soul rest in peace. Amen!”