MFM Wins Big in U.S. as Appeals Court Hits Ex-pastor that Converted Church to His 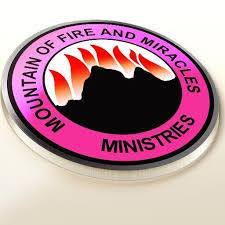 A United States’ Appeals Court, sitting in Maryland, has given judgement in the case of civil conspiracy of convertion of a branch of Mountain of Fire and Miracles Ministries (MFM) Nevada by its former branch Pastor, Lawrence Adetunji.


In a statement, Collins Edomaruse, media aide to MFM General Overseer, said Pastor Adetunji, his wife, Ronke, and 11 others conspired among themselves and converted the church he was pastoring to his and also moved the money in the church’s bank account to his.


He said Adetunji, his wife and the other co-conspirators filed a Petition for Writ of Certiorari in The Maryland Court of Appeals seeking review of the opinion of the Court of Special Appeals of Maryland.

He added that while delivering a terse judgement on tye case, Chief Judge Joseph M. Getty, said: “Upon consideration of the petition for a writ of certiorari to the Court of Special Appeals and the answer filed thereto, in the above-captioned case, it is this 22nd day of October, 2021, ORDERED, by the Court of Appeals of Maryland, that the petition be, and it is hereby DENIED as there has been no showing that review by certiorari is desirable and in the public interest.


With the judgement, all of Adetunji’s appeals have now been exhausted.


Recall that “On July 19, 2018, the circuit Court of Prince George’s County in Maryland, USA, entered judgment in case number CAL 616-26532 in favour of MFM International, Lagos and MFM Nevada, for declaratory judgment and damages against its former Pastor of the church in Bowie Maryland, Lawrence Adetunji, his wife, Ronke and 11 other former members of the branch.


“All were found liable for participating in a civil conspiracy to wrongfully convert MFM’s church property and bank accounts.


“Pastor Adetunji used the church properties located at 5503 & 5506, Church Road in Bowie, as well as the
money from the bank accounts, to create his church known as Christ the Truth Ministries.


“Adetunji, his wife and the other co-conspirators filed an appeal of the judgment with the Court of Special Appeals of Maryland.

“On July 19, 2021, the Court of Special
Appeals of Maryland issued its unanimous opinion finding in favour of MFM on all issues.


“On August 12, 2021, Adetunji, his wife and the other co-conspirators filed a Petition for Writ of Certiorari in The
Maryland Court of Appeals seeking review of the opinion of the Court of Special Appeals of Maryland.