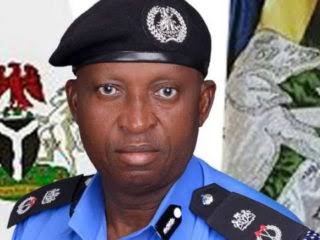 The Lagos State Commissioner of Police, CP Hakeem Odumosu has ordered an independent investigation into the alleged case of theft of service pistol and sex in the office against a Divisional police officer, CSP Adegoke Atilade under the command.

In a press statement e-signed and released by the Command’s Spokesperson, CSP Adekunle Ajisebutu stated that, “This is to inform the general public that the Lagos State Police Command is not oblivious of the reported case of theft of service pistol against one Jenifer Madueke ‘f’ and the allegation of sex in the office against DPO Denton Police Division, CSP Adegoke Atilade as published on page 4 and 5 of today’s edition of the Punch.”

According to Ajisebutu, “In the interest of fairness and justice, the Commissioner of Police, CP Hakeem Odumosu, has ordered an independent, thorough and unbiased investigation into the case.”

Members of the public are hereby assured that appropriate actions will be taken against any one found culpable at the conclusion of the ongoing investigation such that at the end, justice would have been served.

Meanwhile, the Commissioner of Police has directed immediate redeployment of the officer in the eye of the storm so as to pave the way for diligent and unbiased investigation.

Without meaning to blow our trumpet, is the first choice of readers and advertisers, and we invite you to please come on board.